Note: Two games in the books between the Jets and Canadiens which has seen Montreal take both contests in Winnipeg including game 2 last night by a final score of 1-0 in a game that was likely one of the worst playoff games I’ve ever watched (especially when it was followed by the 3rd period of Vegas/Colorado later that evening). The Jets are scheduled to practice today at 11 AM so be sure to check back for our Practice Report.

Note II: Friday was also noteworthy as Jets centre Mark Scheifele spent over 15 minutes discussing the four-game suspension he received from Player Safety which you can watch here and we received a health update regarding Dylan DeMelo as head coach Paul Maurice indicated that the steady Dman is out longer than day-to-day dealing with a soft tissue injury.

Note III: Be sure to join us on the Illegal Curve Hockey Show today as we will be chatting all about the Winnipeg Jets and Montreal Canadiens series this morning starting at 9:00 AM CDT. Today’s guests include Scott Billeck (Winnipeg Sun), Chris Johnston (Sportsnet) and Marc Dumont (Montreal Canadiens special correspondent). You’ll be able to watch via YouTube live here.  If you cannot watch live you will still be able to get the show via Podcast.

The Athletic Winnipeg: Jets need Pierre-Luc Dubois to step up with Mark Scheifele out — or to promote a centre who will. (Paywall). The depth of the Jets up the middle was lauded all season long and that is gonna be put to the test.

Winnipeg Sun: Canadiens clamp down hard on Jets in Game 2, take 2-0 lead back to Montreal. A few errors on one play highlighted by the Kyle Connor fly by ended up being the difference in the game. 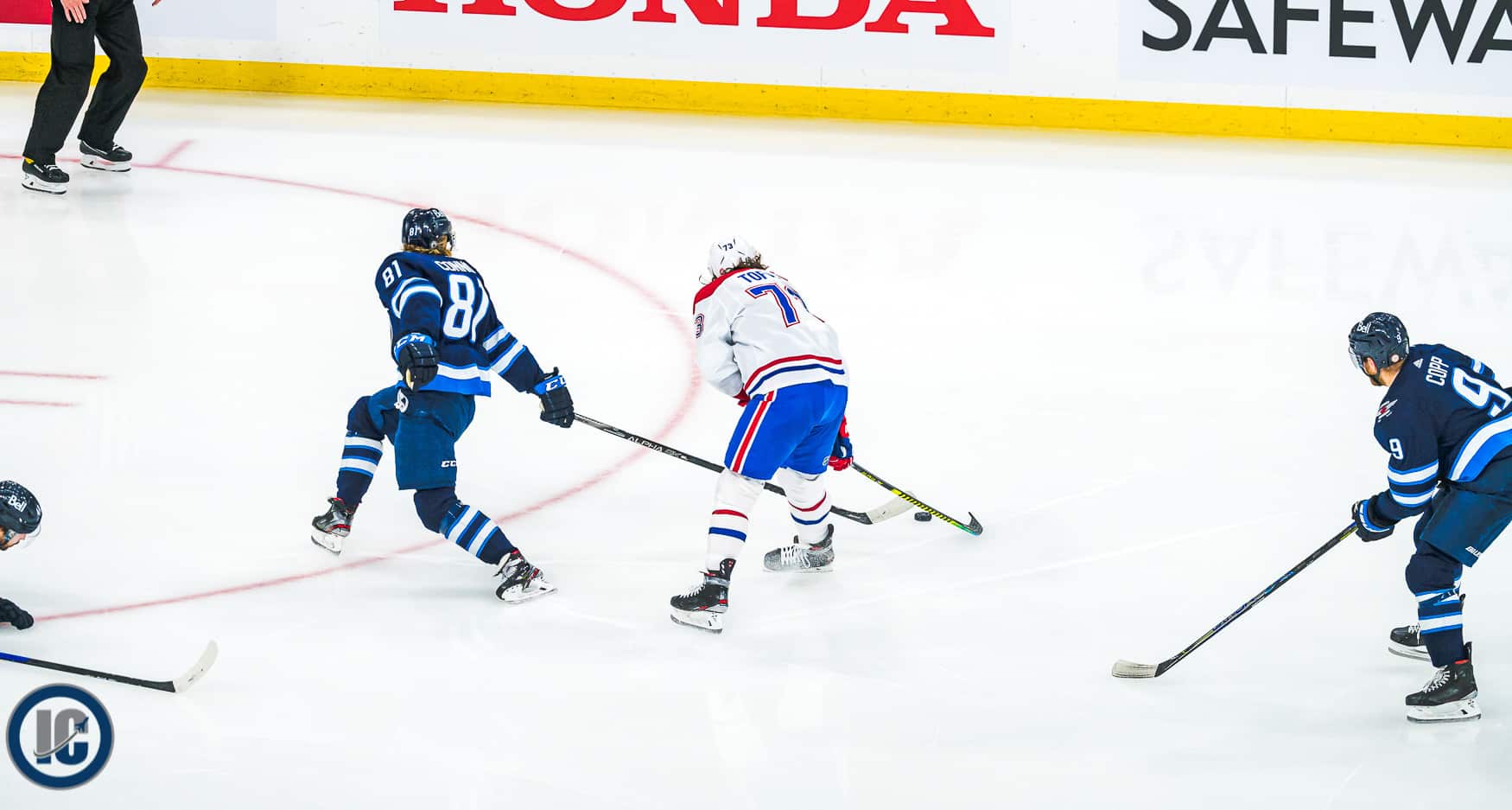 Winnipeg Sun: Jets coach Paul Maurice says NHL set precedent with ‘excessive’ Scheifele suspension. With all due respect to the Jets bench boss he is dreaming if he thinks that player safety will show consistency in their decision making process.

Winnipeg Free Press:  Jets appear to have lost their way. (Paywall).  Doesn’t seem that long ago that this team appeared to have a blueprint for success.

Winnipeg Free Press: Scheifele accepts his punishment, but calls attacks on family ‘unacceptable’. (Paywall). In what world would people logically conclude that they hate person A so they should attack the friends and family of that person. It is insane. It is one thing to spout off in a twitter rant that most people don’t listen to anyways but to escalate it to calling and threatening his parents is just lunacy. You’ve stopped being a fan and are officially someone who needs to seek professional help.

Sportsnet: Depleted Jets unable to generate offence in Game 2 vs. stingy Canadiens. You think back to the bubble last year in game 2 against the Flames without Scheifele/Laine/Appleton and somehow the Jets were able to scratch and claw their way to a win.  Not so last night.

Sportsnet: United Canadiens have found winning recipe to advance through playoffs. Is that winning recipe bore the other team to sleep cause that game was unbearable. And that brand of hockey isn’t gonna work against a Vegas or Colorado.

Sportsnet: Scheifele’s absence reinforced Jets’ offensive struggles in Game 2. Sean Reynolds and Ken Wiebe discuss the Winnipeg Jets’ scoring problems, a great goaltending duel between Carey Price and Connor Hellebuyck, and how the Jets can get back into the series.

TSN: Jets didn’t make it challenging enough for Price’. TSN Jets reporter Sara Orlesky explained why she believes Winnipeg didn’t challenge Carey Price enough in his eighth career playoff shutout, and why the Jets will need to quickly find more chemistry despite all of the lineup changes they’ve been forced to make in the series.

TSN: ‘Winnipeg is making it way too easy for a team relying on four defencemen’. TSN Director of Scouting Craig Button explains why the Jets’ lack of pressure in Montreal’s zone has made it very easy for Dominique Ducharme to rely on only four defencemen so far in the series. He also weighed in on Pierre-Luc Dubois lack of effectiveness on the first line in Game 2.

TSN: Opportunistic offence, brilliant goaltending a formula that is working for Habs. The Canadiens have been quite the opportunists this postseason and there was more evidence of that in Game 2 against the Jets. Tyler Toffoli scored the lone goal of the contest on a shorthanded two-on-one break while Carey Price had another rock solid performance in goal. The TSN Hockey panel breaks down why this formula has been working for Montreal, and why Winnipeg’s top players simply need to be better.