Note: The Jets and Habs did battle last night in Winnipeg in game 1 of their second round series which ultimately saw Montreal come out on top 5-3 although the big focus was on the end of game hit by Mark Scheifele on Jake Evans which could result in a fine/suspension.  To make matters worse for the Jets they lost steady defensive presence Dylan DeMelo after his first shift of the game. The Jets have updated their schedule as they will hold their media availability at 11 AM and an optional practice at 12 noon today so be sure to check back for the playoff Practice Report.

Note II: Mark Scheifele will have a phone hearing with Player Safety for his game 1 incident.

Global News: Jets find themselves ‘in a situation’ going into Game 2. I called it a dilly of a pickle given the suspension uncertainty as well as potential uncertainty about injuries.

Winnipeg Sun: Canadiens jump all over Jets in Game 1 of North Division final.  We spoke in advance of this series getting underway how important the first 10 minutes would be and Montreal was able to establish their game early in this one. 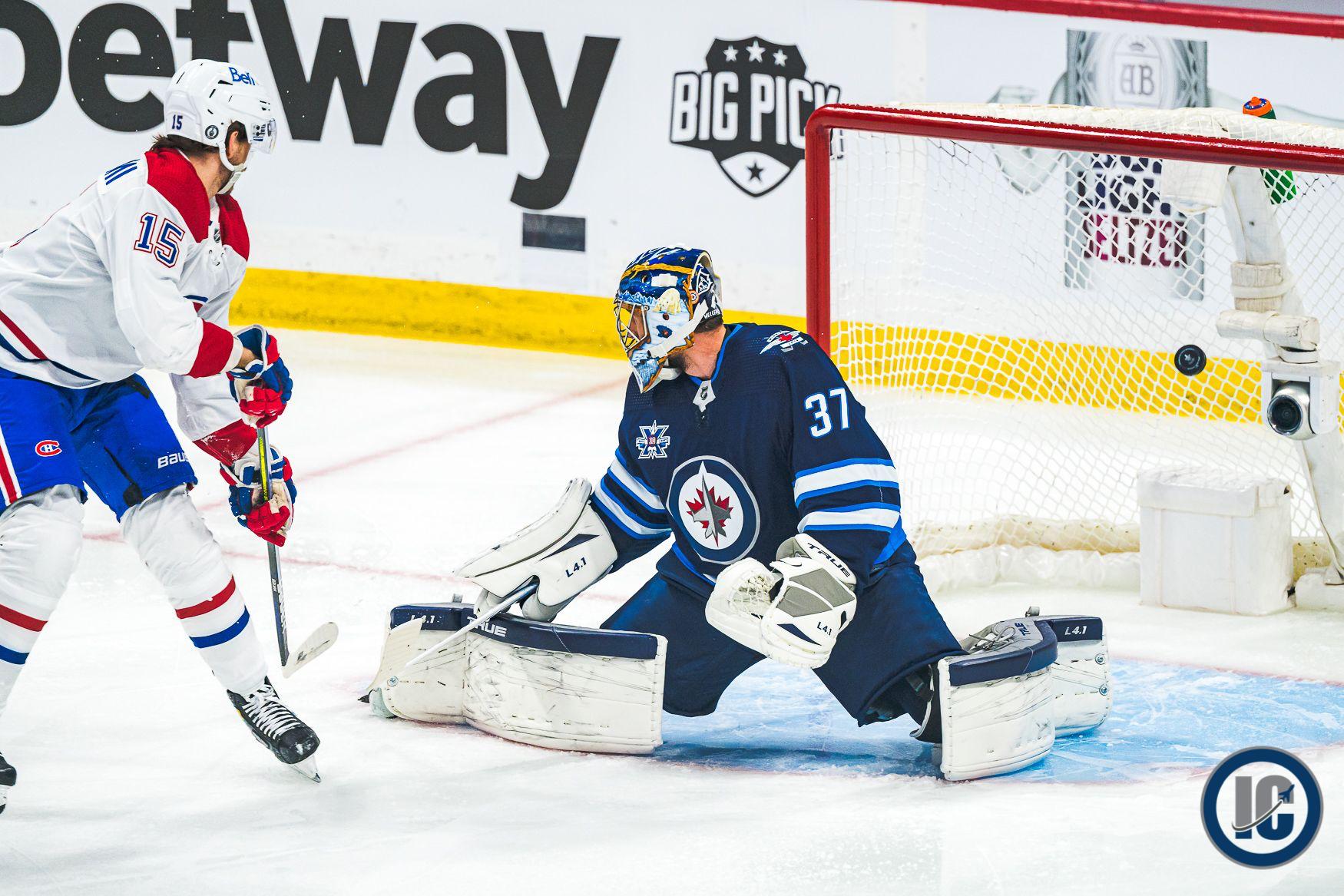 Winnipeg Sun: Habs accuse Scheifele of ‘dirty’ and ‘disgusting’ hit, skate away with Game 1 win. It certainly ratcheted up the temperature in this series (and on the internet) by about 1000 degrees.

Winnipeg Free Press: Habs outplay hosts in series opener marred by nasty hit. (Paywall).  The team coming off a thrilling game 7 win in round 1 didn’t look like they had missed a beat.

Winnipeg Free Press: Fans in stands hint at return to normal in trying times. (Paywall). First time since March 2020 and it was actually a bit unusual to see folks sitting in the chairs and jumping up when the home side scored.

Sportsnet: Jets come out flat as Scheifele’s hit could have serious ramifications. Ken recaps the action.

Sportsnet: Scheifele’s predatory hit on Evans takes shine off Canadiens’ Game 1 win. For a view from the other side check out Eric’s game 1 piece.

Montreal Gazette: Habs win Game 1 against Jets, but lose Evans to nasty hit.  Another recap from a writer that covers the Jets opponent.

Montreal Gazette: NHL must act after vicious hit on Habs’ Jake Evans. All eyes will be on the Department of Player Safety.

CBC: Health-care workers grateful for chance to watch the Jets in person. Was great to see so many worthwhile healthcare workers back in the arena.

TSN: Scheifele’s hit on Evans was ‘vicious, dangerous and unnecessary’. Craig Button joins SportsCentre to share his thoughts on Mark Scheifele’s hit on Jake Evans with less than a minute to go in Game 1, and explain why he thinks a rule from the IIHF should be implemented in the NHL to eliminate this type of play where players are vulnerable.

TSN: Lu updates Evans’ status; Orlesky on Jets’ uncharacteristic mistakes in Game 1. John Lu joins Jennifer Hedger with the latest on the status of Jake Evans, while Sara Orlesky discusses the rust that was evident in the Jets’ game on Wednesday night.

Sportsnet: Why Scheifele should be punished for hit against Evans. The panel talks about Mark Scheifele’s hit against Jake Evans and explain why it should face suspension.