Note: This is day ten since the NHL and AHL hit the pause button on their respective 2019-20 seasons. 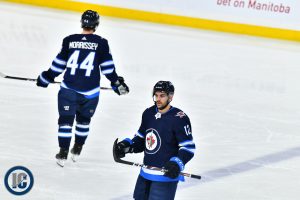 TSN:  Top 5 Jack Adams candidates for a ‘paused’ NHL season.  Paul takes a look around the league and has Jets bench boss Paul Maurice as one of his top five.

The Athletic Winnipeg: How 10 bold preseason predictions are holding up in March.  It feels a tad early to already be reflecting on the 2019-20 season but with the season on a pause Ken and Murat look back at the predictions they made while wearing prognostication hats (no evidence either wore the aforementioned hat) back in October.