Latest from the NHL players on how to conclude the 2019-20 season. 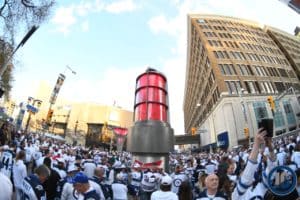 With many, many ideas being bandied about these days regarding playoff proposals, this is what TSN’s Frank Seravalli reported today as something that is being suggested by some NHL players:

You can watch the Insider Trading segment with Darren Dreger, Pierre LeBrun and Frank Seravalli here.

Personally I think the level of interest for hockey in July and August would be mixed.  I really do not see folks giving up weekends at the lake or summer holidays to stick around to watch hockey so while many folks will still watch the games on television I suspect attendance at games would be problematic and that isn’t even factoring in how poor the ice would be in the height of summer.  I could be wrong of course but just my initial reaction to this proposal.

Lots of opinions from Jets fans so far on this via our Instagram.  Check it out here and share your thoughts.