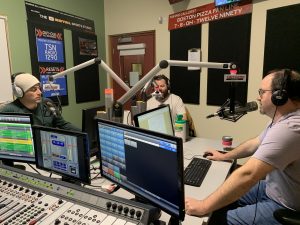 Topics: Chicago Blackhawks announce that Jeremy Colliton and Stan Bowman will return next season, Tie Domi calls out Scott Stevens saying he’s the biggest phony out there, The Return of The Ezzy Awards, How will the NHL & NHLPA deal with the escrow issue